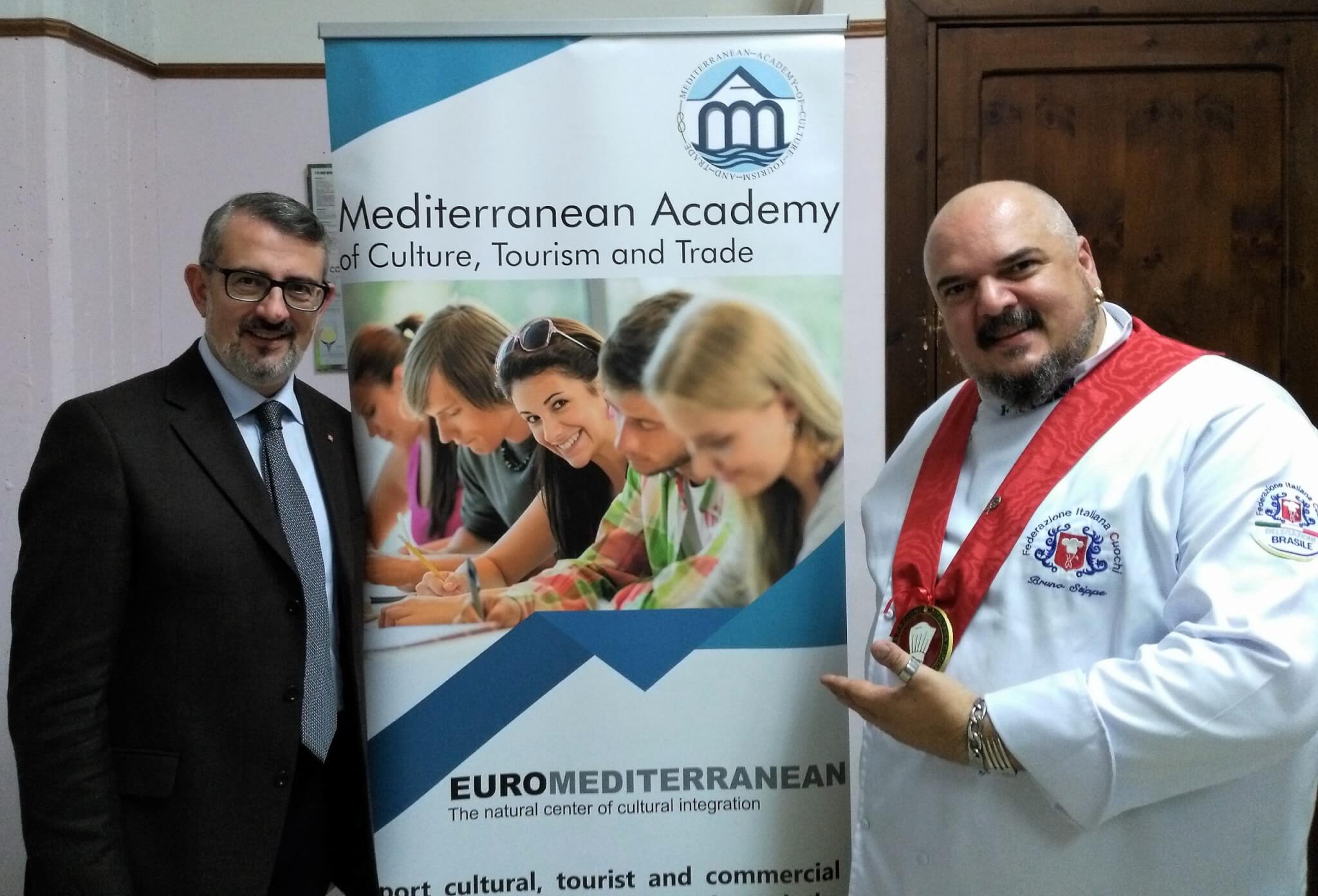 Malta and Brazil united to enhance the Mediterranean Diet

On the occasion of the last National Congress of the Italian Chefs Federation, held in Naples from November 19th to 21st, the President of the Mediterranean Academy of Culture, Tourism and Commerce of Malta, Sergio Passariello met the Delegate of the Italian Federation of Chefs Brasil, master chef Bruno Stippe, accompanied by Chef Paolo Passariello, with whom he designed to carry out a project on the promotion of the Mediterranean Diet and the basis for a future collaboration between the two associations.

The Italian tradition, in the gastronomic field – has declared Sergio Passariello – has become famous and respected in the world, thanks also to the tenacious and passionate work carried out by the many Italian chefs living abroad. They are the first ambassadors of Mediterranean traditions and it is with them that we intend to continue our associative projects, betwee Malta and Brasil, on the theme of healthy and correct nutrition.

It was a real pleasure to know the MACTT of Malta – says Bruno Stippe – and to discover that among the objectives of this NGO there is precisely the enhancement and promotion of the Mediterranean Diet. We are FIC Brazil, we try every day to carry on the flavors of this ancient tradition and we do it with our work.

Among the first projects that will be organized by the two associations, there will be to set up an activity of promotion and dissemination of the principles of proper nutrition based on the Mediterranean Diet, among the young people of Brazil and with the participation and support of governmental authorities.

During the meeting the Master Chef Bruno Stippe and the Chef Paolo Passariello were nominated by the President of MACTT, Honorary Members and Cultural Correspondents for Brazil