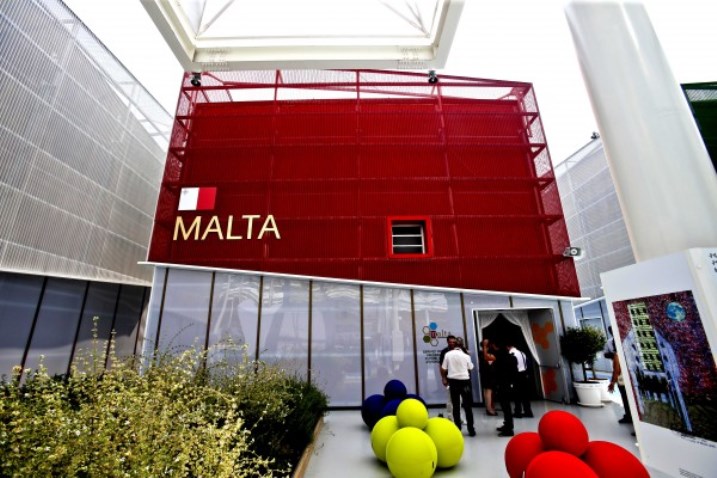 EXPO 2015: Malta Day, the MACTT present with a delegation.

“The World Expo is showing great commitment to finding solutions to the issues of food, hunger and the environment, which do not pose the conditions for new problems in the future.”
So the Prime Minister of Malta, Joseph Muscat, on a visit to the Universal Exhibition opened the celebrations of the National Day of Malta.
Accompanying the Prime Minister also George W. Vella, Foreign Minister and John Mamo, Maltese Commissioner for Expo Milano 2015 and SE Vanessa Frazier Ambassador of Malta to Italy.
Welcoming the high representatives of Malta, the Deputy Minister for Agriculture, Food and Forestry Andrea Olivero and the Commissioner General of Expo 2015 Bruno Antonio Pasquino.
This event was a delegation of the Mediterranean Academy of Culture, Tourism and Trade of Malta in the persons of the President, Sergio Passariello – the Cultural Correspondent Joseph Gauci and the National Secretary for Italy, Avv. Stefano Colombetti.

After the flag-raising ceremony, the Italian and Maltese delegations have reached the auditorium, where he held a concert by the Malta National Philharmonic Orchestra. Following the visits to Malta Pavilion, Palace Italy, where authorities have signed the Book of Honor, the EU and the US Pavilion.
The celebrations of the National Day continued to Cluster Bio-Mediterranean, home to the Pavilion of Malta, with a Cooking Show open to the public of the Maltese chef Michael Deacon, Deacon Edward and Daniel Vella McIntryre, aperitifs and tastings of traditional drinks. In the evening big party with folk music by the jazz band Big Band Brothers of Malta.
During the Malta Day, the MACTT in partnership with the Foundation “Paolo di Tarso”, part of the “Biennial of the Mediterranean diet and access to healthy food,” have donated free downloads APP MDIET, application for smartphones and tablets driving the perfect knowledge of the Mediterranean diet.
For the occasion were included in the APP also recipes of the Mediterranean diet.