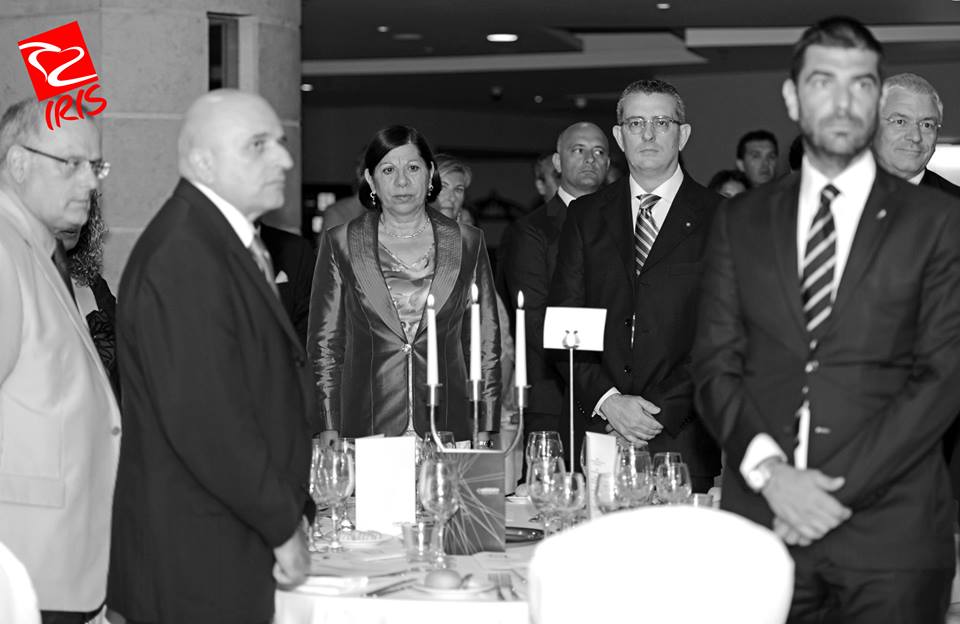 In the prestigious scenery of the hotel Meridien in Malta, Saturday, June 21, 2014, we held the gala dinner charity in favor of the Malta Community Cest Fund, organized by the Mediterranean Academy of Culture, Tourism and Trade under the patronage of HE Marie Louise Coleiro Preca, President of the Republic of Malta.

The event, which was attended by the Official Agent of the President, HE Dolores Cristina, was attended by numerous personalities from the cultural, business, professional and political.

In the evening, was presented by the President of MACTT, Sergio Passariello, the social program of the NGO for the year 2014-2015.
During the presentation of the program, the president of the MACTT, highlighted the important and strategic role in the Euro Mediterranean and operate than is necessary for its integration by supporting activities that will improve and strengthen the dialogue between peoples.

Actions to be taken, said Sergio Passariello, will foster mutual understanding between the peoples of the Mediterranean area, based on respect, tolerance and dialogue between cultures, it is also necessary to increase the importance of NGOs and organizations their role in developing the active participation of young people, especially that of women and to promote the exchange of information and experiences.

Malta, its geographical location and its centuries-old experience in the field of cultural integration, is the best place to give birth to the project of solidarity euro Mediterranean.

Durations evening were appointed the new Cultural Correspondents MACTT, which will have the specific task of disseminating and promoting the mission of the NGO Maltese, organizing events in their territories and opportunities for discussion.

Manage Cookie Consent
To provide the best experiences, we use technologies like cookies to store and/or access device information. Consenting to these technologies will allow us to process data such as browsing behavior or unique IDs on this site. Not consenting or withdrawing consent, may adversely affect certain features and functions.
Manage options Manage third parties Manage vendors Read more about these purposes
View preferences
{title} {title} {title}
This website uses cookies to improve your experience. If you continue to use this site, you agree with it. Privacy
Ok